I will be sharing the sort of food I eat to stay in shape over 40 without having to starve myself or eat boring food.

Interestingly, I’d never heard of pho until I moved to North America in 2019.

I was walking past a Vietnamese restaurant and remembered my friend posted a picture on Facebook earlier.

I walked in and ordered chicken pho and I’ve been in love ever since.

However, in the wake of lockdown, my fussy palate, and resolution to make all my meals this year, I decided to cook it myself.

Very brave venture indeed considering the monumental process preparing pho ga is but I was ready for it.

There’s a handy recipe card at the end if you want to print it out and keep to try later on. 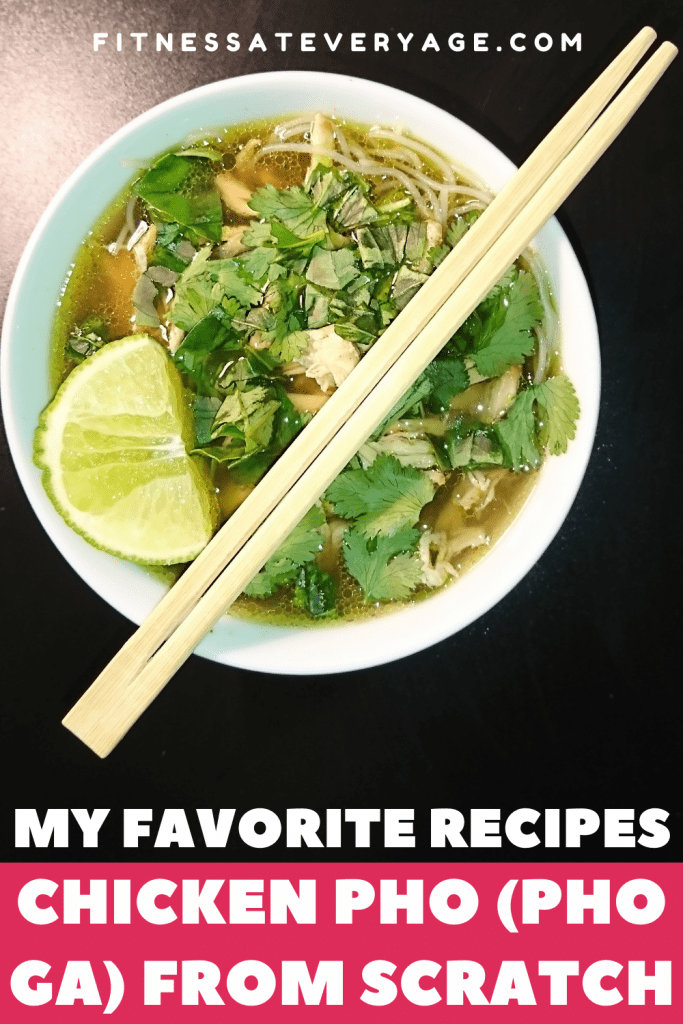 What is Pho Ga?

Pho ga is a traditional Vietnamese soup made out of chicken stock, vegetables, spices, and lots of love.

The soup itself is named pho and variations of it are named after the main ingredient.

The most popular variation is pho bo (beef) but I’m not a big fan of beef so I defaulted to the chicken version.

Pho ga is much easier to make from scratch than pho ba. There’s also the vegetarian option, pho chay.

Related Content: Reach Your Fitness Goals Faster With These 17 Tips

How Do You Pronounce Pho Ga?

I realized I’d been pronouncing this incorrectly when I looked it up.

I’ve been pronouncing it exactly as it sounds. Apparently, it’s pronounced “fuh gah”

Anytime I start liking a dish a little too much, the first thing I do is look up the nutrition profile before I get addicted to a calorie bomb.

After my successful attempt, I went and did a little bit of research on pho ga nutrition and how healthy it is. Or not.

Pho has a high content of vitamin A and C, calcium, and iron while the toppings pack plenty of fiber.

However, it also has a very high sodium content and too much sodium in your diet can lead to several health issues.

To summarize, it doesn’t suck but it’s not 100% healthy either so I made the following modifications to make it healthier:-

You can also swap the regular vermicelli rice noodles with Shirataki Noodles if you want to make the dish more keto-friendly. 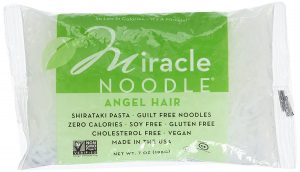 I was all set to eat it every few days until further notice but I guess I have to dial it down to no more than every forth-night or so.

How To Eat Pho Ga

I use chopsticks and a nice big fat spoon for slurping that delicious clear soup.

When I’ve finished plating, I use the chopsticks to stir the toppings and chicken into the soup then dig in.

Traditionally, I believe the veggies are served separately and you help yourself to what you want.

How Many Calories in Pho Ga?

This depends on the ingredients and protein used but an average cup should come out to less than 200 calories which isn’t bad.

If you’re serving in a bowl instead of a cup, it would work out to be an average of 250 — 450 calories depending on the size of the bowl. 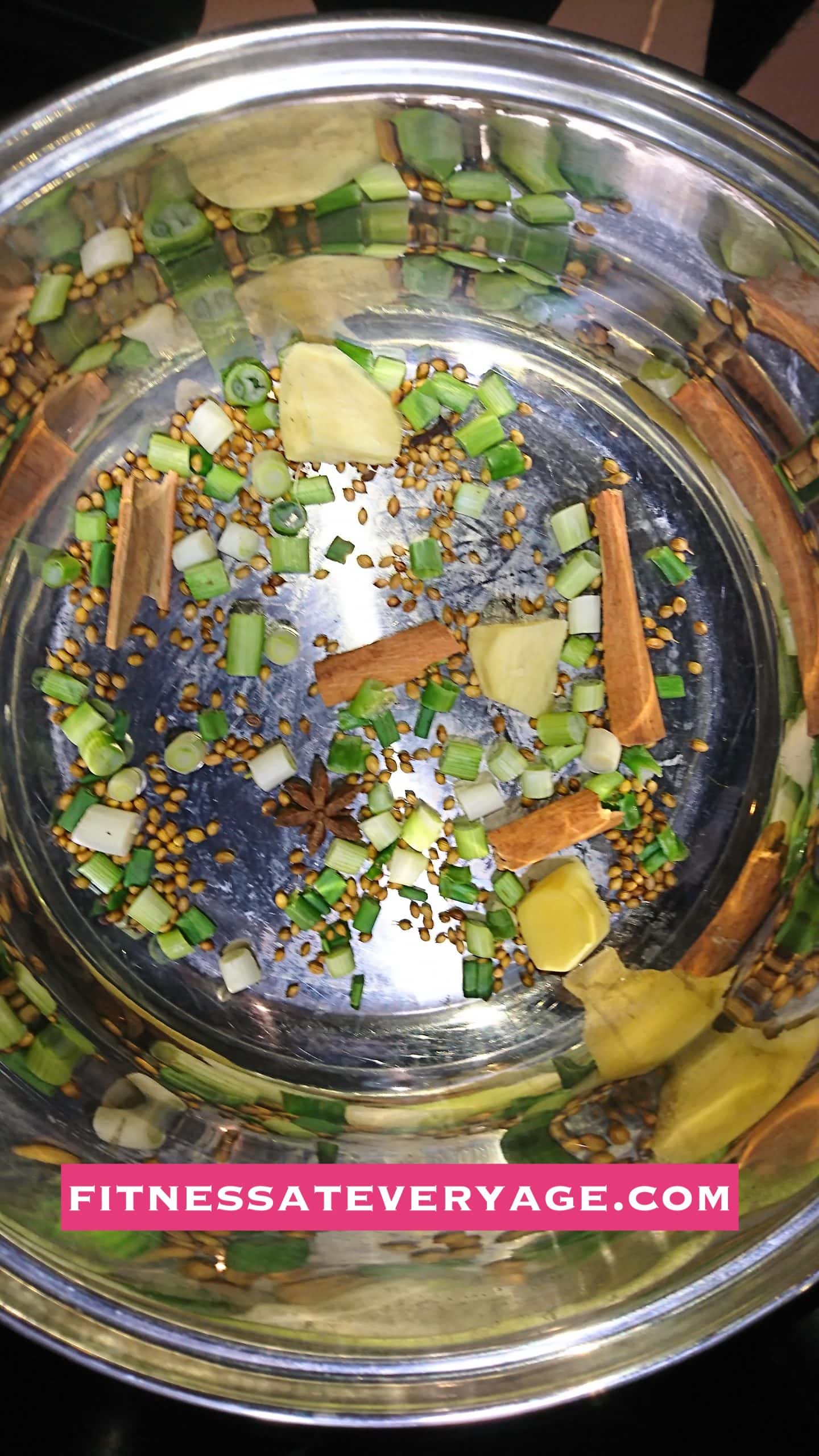 A lot of people use store-bought chicken stock but I prefer fresh stock so I didn’t mind the extra time involved in preparing it.

I just make it the day before and keep it in the fridge until it’s time to put the soup together.

The good thing about making my own chicken stock is I make a large amount so I have enough to make pho ga 3 – 4 more times.

I just freeze it until the rotation comes up in my meal plan again. 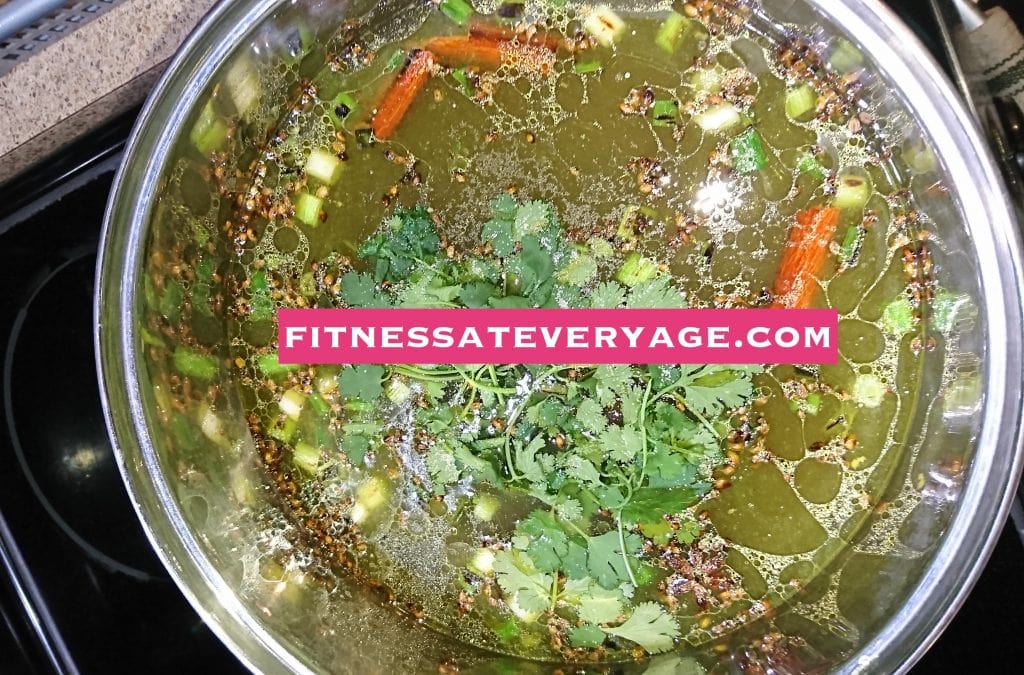 For the soup itself, my favorite ingredients to use include:-

This is my favorite part. I love fresh toppings so much and I load them up in my chicken pho dish.

I would very much have loved Thai basil but that was nowhere to be found.

I think another reason why I love this dish is that it’s mostly dump all ingredients in a pot and let it simmer.

I made enough pho ga for about 2 weeks. I measured the amount for dinner x 3 days into a saucepan and put that in the fridge then poured the rest into an airtight container and stored it in the freezer. 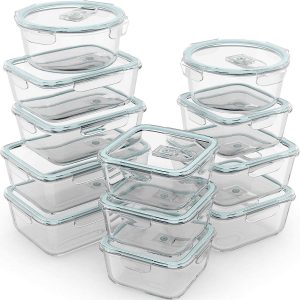 I also had some rice noodles leftover and stored them in an airtight container in the freezer as well.

Store everything separately in airtight containers and you can keep it in the freezer for up to 2 months at a time.

I prefer fresh rice noodles though so I probably wouldn’t freeze those next time.

I was so impressed with the first attempt that I’ve now decided to brave more pho recipes.

I just ordered The Pho Cookbook: Easy to Adventurous Recipes for Vietnam’s Favorite Soup and Noodles by Andrea Nguyen. 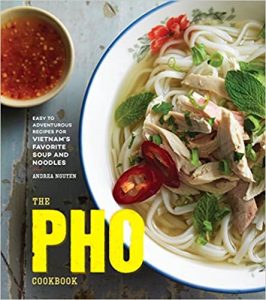 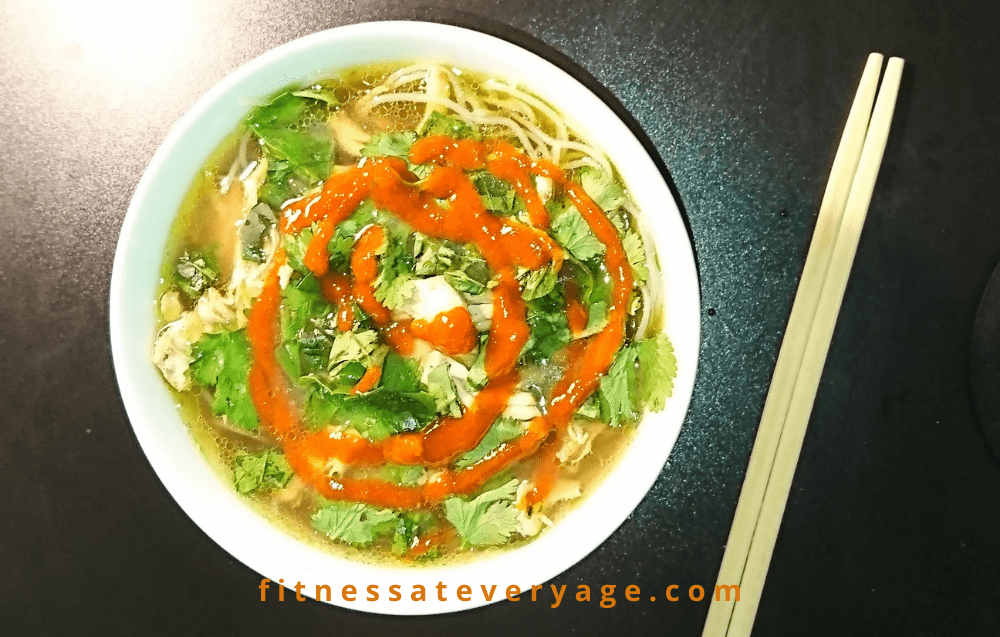 This is only an approximate and will change depending on ingredients and type of stock used.

Did you make this recipe?

This post may contain affiliate links which means I will make a small commission if you purchase through those links. Read full disclosure HERE.

About Fitness At Every Age

Welcome to a safe place where we're bursting all the preconceived notions about looking fit at certain ages. I look forward to sharing my ups and downs, diet, recipes, and more with you on this fitness journey...READ MORE 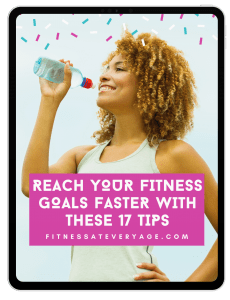 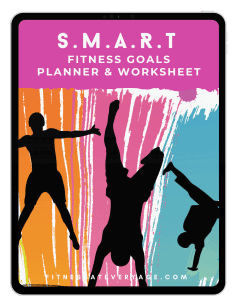 Fitness At Every Age is a participant in the Amazon Services LLC Associates Program, an affiliate advertising program designed to provide a means to earn fees by linking to Amazon.com and affiliated sites.